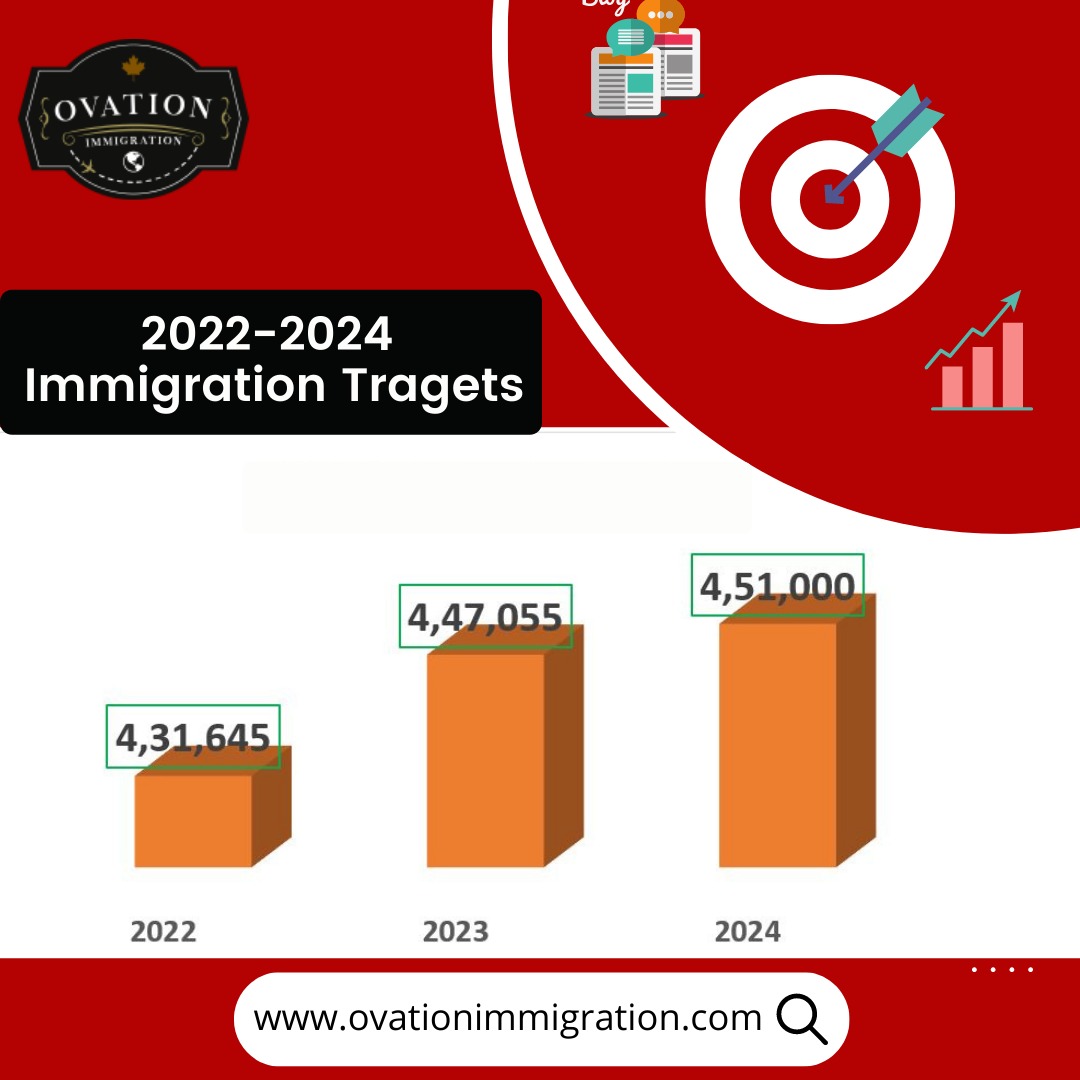 Will the immigration system be able to keep up?

A strategic projection of the number of permanent residents to be admitted to Canada, the Immigration Levels Plan set targets and ranges for the overall admissions categories. These plans are expected to be announced each year under the Immigration and Refugee Protection Act.

Immigration minister Sean Fraser presented the Canada Immigration Levels Plan for 2022-2024 on February 14th, 2022. These immigration plans open many doors for the lives of millions of immigrants over the duration of the next 3 years. Considered one of the most ambitious plans so far, Canada will now be opening borders to welcome 431,645 permanent residents in 2022, 447,055 in 2023, and 451,000 in the year 2024. Attracting skilled workers, tackling labor shortages, and fulfilling the country’s international obligations are the main goals of the Levels Plan.

As 5 million Canadians are set to retire by the end of the decade, there is an expected 3:1 drop in the worker-to-retiree ratio, further leading to a dire need for increased immigration. To prevent this considerable labour market gap, immigration workers will play a key role in helping the Canadian economy recover, now more than ever.

Although seen as quite a considerable undertaking, efficient strategies need to be put forth to equip these bold moves. With that being said, modernizing Canada’s Immigration System is the currently available solution. Plans include reducing applicant wait times, hiring 500 new processing employees, digitizing applications, and reallocating employees worldwide. With a backlog of more than 1.8 million applicants caused during the pandemic surge, advanced data analytics systems will prove to be a saviour in these tough times.

In 2022, about 56 percent of new immigrants will arrive under economic class pathways like Express Entry, the Provincial Nominee Program (PNP), and the Temporary to Permanent Residence (TR2PR) stream which was announced and available in 2021. For all these years, Express Entry has been known as one of the most well-known and well-suited options for new immigrants, although the three levels plan suggests that the IRCC has now temporarily reduced the Express Entry admissions to accommodate the TR2PR pathway. Temporary resident to Permanent resident is a limited time pathway that will see an intake of 40,000 immigrants in 2022 and 32,000 by 2023. Currently, the Express Entry draws are conducted biweekly.

Canada’s Provincial Nominee Program (PNP) is a pathway for immigrants to gain permanent residence in the country. This program is apt for workers who have the skills, education, and work experience to contribute to the Canadian economy. Each province and territory have its own specific economic and demographic needs, so the PNP requirements can vary in nature.

A slight increase is noticeable in the ratio of refugee entries from 14% to 20%. With plans to resettle at least 40,000 Afghan nationals over the next 2 years, Canada remains true and firm to its global humanitarian commitments. This is the best way to extend a helping hand by securing safe passage for those in Afghanistan.

These Immigration Levels Plans play a crucial role as they are a projection of the number of permanent citizens admitted to Canada. They provide an overview of the number of immigrants welcomed via the different streams, through the various federal, provincial, and territorial programs present and help the country set targets for overall admissions.

We at Ovation Immigration and Recruitment Services are a team of highly regulated Immigration Consultants with proficiency in Canadian Immigration Law. Our clients are our topmost priority, and we believe in handling every single person individually with utmost ethic, honesty, and transparency. We assist individuals and families around the world and cater to all their immigration process and visa application needs.

Reach out to us today for professional advice and let us be with you on this beautiful and enthralling journey ahead!

What is CLB, and How to Calculate It

How to Improve My CRS Score to Move to Canada

The Teer System: A Bird’S Eye View Of The New Job Classification System

No comments to show.

At Ovation Immigration and Recruitment Services, we are regulated Immigration Consultants with competent knowledge of Canadian Immigration Law. We believe in representing each client ethically, and professionally before the Citizenship and Immigration Canada (CIC).